Paris, France has always been one of the most popular tourist destinations in the world. It’s usually the starting point for any avid traveler’s European trip, alongside London, of course.

The city may be famous for the Eiffel Tower, the Louvre, Notre-Dame Cathedral, the Avenue des Champs-Élysées, croissants, macaroons and chic fashion, but in recent years it has also become infamous for many other things, like pickpockets, scammers, and… smelly subway stations.

Let’s also not forget the huge crowds at the attractions mentioned above, with everyone waiting to get the “perfect” photo for social media.

Still worth checking them out, especially if you’ve never been to Paris and just want to experience what so many other travelers have done before you. But visiting these touristy areas of Paris can actually be done in a single day, with the possible exception of the Louvre, which should be visited at leisure to best appreciate all the amazing art.

Not an art fan? Avoid the Louvre and perhaps visit the Père Lachaise cemetery, the largest in Paris. The cemetery is actually a major tourist attraction in the city, although it may not be as widely advertised or promoted as other locations. Père Lachaise is famous because many artists, authors, musicians, politicians and other famous personalities are buried there.

Among these personalities are the Irish poet/playwright Oscar Wilde, the French novelists Marcel Proust and Honoré de Balzac, the American rocker Jim Morrison, the American dancer Isadora Duncan, the French singer Edith Piaf or the Polish composer Frédéric Chopin. There is also a section of the cemetery dedicated to the memory of the victims of the Holocaust, in particular the deportees who were sent to the concentration camps of Oranienburg and Sachsenhausen in Germany.

If visiting a famous cemetery isn’t something you want to do on your vacation, you can check out some of these other attractions. Many of them are accessible by train or bus/car, and would only take a few hours to get there from Paris, and back.

Take a day trip to the Loire Valley in central France to see castles, sip specialty wines and munch on the rillettes the valley is famous for. There are three castles you can visit: Château de Cheverny, Château de Chambord and Château de Chenonceau or Château des Dames.

One hour by train

Giverny is a quaint and picturesque town ideal for spending the day relaxing. This is where the famous painter Claude Monet lived, and you can now visit his former family home. It is in his garden that people flock, as this is where Monet painted some of his well-known works, such as Water Lilies. The Museum of Impressionism, located near the garden, attracts millions of visitors each year, but at least it is not as crowded as the Louvre. 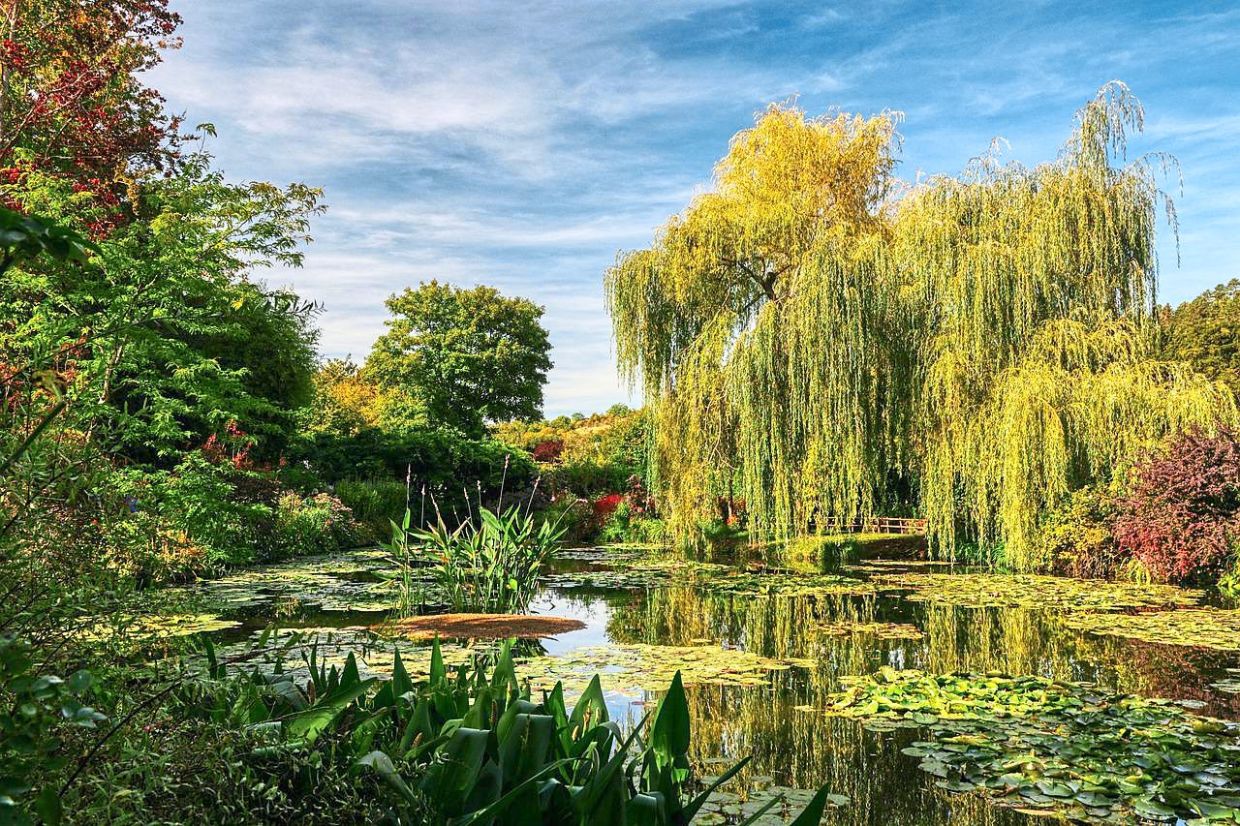 The garden of the French painter Monet is just as beautiful as his works.

Is it a good idea to visit Champagne if you don’t drink? Sure. You can visit Notre-Dame Cathedral in Reims (this is another Notre-Dame Cathedral); Troyes, a small town that resembles medieval France with its cobbled streets, Gothic churches and half-timbered houses; and the Palais du Tau, the former residence of French monarchs and a Unesco World Heritage Site.

40 minutes by car or metro

The closest suburb of Paris, Boulogne-Billancourt is where you go to escape the city’s Instagram-loving tourists. There are plenty of parks and lakes here, and three museums to explore: the Paul-Belmondo Museum for sculptures, the 1930s Museum for Art Deco works, and the Albert-Kahn Museum for unique collections of 19th-century photographs. century, as well as magnificent gardens. This is also the area where many of Europe’s rich and famous have properties, so you can sit in a cafe and people watch, if that’s something you like to do.

Between 40 and 55 minutes by metro

Versailles is home to the Palace of Versailles, one of the largest royal residences in all of Europe. The palace was “built” by King Louis XIV of France – whose reign lasted 72 years – with the help of more than 36,000 builders and craftsmen. Measuring 815ha, the palace is now a museum and is open to the public for tours, although it would probably take a whole day to explore every corner of the grounds. There are many gardens, a park and the main building to visit (with 2,300 rooms!); make sure you don’t miss the fantastic “gallery of mirrors”. Within the estate, you can also reserve a table at the restaurant Ore by the famous chef Alain Ducasse. Otherwise, head to La Mangette, a restaurant that changes menu every day, or Le Sept, a pub that serves good food.

About an hour by train

Here is another place with stunning Gothic architecture, which also has its own Notre-Dame Cathedral (known in English as Chartres Cathedral). The 12th century cathedral is a Unesco World Heritage Site, and it’s not hard to see why it was given this status as the building is so well preserved, with many of the original stained glass windows still intact.

Around three hours by car, bus or train

When you’re done with Paris, head to Normandy for a change of pace and some WWII lessons. Visit the Caen Memorial Museum, the Normandy landing beaches, and the Normandy American Cemetery and Memorial, which honors American troops who died in Europe during the war. There are 26 military cemeteries in the area representing each nation involved in the war, but the American Cemetery is the most visited.

Other attractions include Mont Saint-Michel, a UNESCO World Heritage Site, the old town of Rouen (which has, you guessed it, Notre-Dame Cathedral) where Joan of Arc was burned on the bonfire and the seaside resort of Etretat.

Normandy being a coastal region, don’t skip any meals here, especially if you like seafood and cheese.