UPDATE August 8 – We reported in late July that more permits had been filed for work at Blizzard Beach. Bioreconstruct posted a new photo on Twitter of the current status of construction work in the park. As you can see, the large crane still dominates the long shuttered park. This crane should soon move further into the park for the next phase of the renovation.

Aerial look at a large crane towering over Blizzard Beach. It looks like the crane will soon be closing in and, with an extension, stretching deep inside the park for the next phase of renovations. pic.twitter.com/0J1jHiAWk5

The rumor that Blizzard Beach would remain closed for all of 2022 returned in March. At the time, it sounded like a ridiculous rumor. However, now I have to say that I feel it is becoming more and more likely.

When we did an initial poll asking what you thought about it, fans hoped that rumor would be false, with 65% saying they thought it would reopen. We are now launching a new survey. I predict the results will be very different from last time, with the majority of fans now saying they believe Blizzard Beach will remain closed for all of 2022. Have your say below.

July 30 – We are still patiently waiting for Disney to announce a reopening date for Blizzard Beach. Another permit was recently filed on July 21 for work to be done on the Melt-Away Bay wave pool. The contractor is listed as Page Piping Inc to carry out construction work, so we assume that means work is being done on the piping.

Construction continues at Blizzard Beach and with new permits being filed, it certainly looks like Blizzard Beach is going to remain closed for the foreseeable future. The initial rumor floated online in March that Blizzard Beach will remain closed for all of 2022 is unfortunately looking increasingly likely. On a positive note, as Disney proceeds with such a major renovation, we hope that when the park finally reopens, we won’t see any more extended closures for a long time. We’ll keep you posted on any further developments regarding the reopening of Blizzard Beach when it’s announced.

UPDATE July 13 – We’ve been trying to dig deeper to try and find any more news about a possible reopening of Blizzard Beach, but unfortunately it still seems very quiet, with nothing said yet from Disney about this continued extended closure.

There are currently a number of large cranes on site as renovations continue around the park, including the replacement of slide sections at Team Boat Springs. We are also still awaiting further news of what the authorization filed at the end of May to “install exhibition elements” will bring.

When it was originally rumored in late March that Blizzard Beach would remain closed for all of 2022, Disney fans thought it was ridiculous. But, as we go through the summer months with no news of reopening and as the cranes keep arriving and major renovations are underway, we are increasingly concerned that this rumor may turn out to be true.

We’ll let you know as soon as there’s more news on this. At least we know that when Blizzard Beach reopens, the park should be in pristine condition to be enjoyed in the future.

UPDATE June 10 – This week, a large yellow crane was spotted at Disney’s Blizzard Beach, signaling that additional work is underway at the park. While renovations are of course needed, this extended closure at Blizzard Beach is certainly disappointing and unexpected. When Blizzard Beach closed in January 2022, we all expected it to reopen by May so guests could enjoy the water park in the early Florida summer.

This certainly did not happen and with other cranes delivered to the park with the permit filed at the end of May for “install display elements” which made us think there might be a new attraction coming to Blizzard Beach, it looks like Blizzard Beach won’t be opening anytime soon. At this point, the March rumor that Blizzard Beach will remain closed for all of 2022 is starting to look more and more like a reality. We’ll keep you posted on new updates as we receive them on our news and Facebook page.

UPDATE May 29 – In April, Disney filed a permit for a depot yard to store materials and machinery for renovation projects in the park. This week, various construction vehicles and lumber arrived at Blizzard Beach. The drop yard is located near the Downhill Double Dipper, Snow Stormers and Toboggan Racers on the purple slopes and the Runoff Rapids on the red slopes.

Disney hasn’t confirmed exactly which attractions are due for renovations, but with this latest development, it doesn’t look like Disney has any plans to reopen Blizzard Beach yet. With the summer months fast approaching, we hope that these ongoing renovation projects in the park will be completed as soon as possible so that guests can once again enjoy all that Blizzard Beach has to offer in the heat. summer in Florida. We’ll let you know about new updates when they’re announced.

WARNING – this is a rumor. Disney has yet to make an official announcement regarding the reopening of Blizzard Beach.

March 23 – Blizzard Beach closed for renovations in January 2022 when Disney’s Typhoon Lagoon opened after its renovation. From the official Disney calendar, we know that Blizzard Beach will remain closed until at least May at the earliest.

It was reported on Screamscape that Blizzard Beach may remain closed for the remainder of 2022 to complete a number of maintenance projects, including the possible addition of a Red Slope tube conveyor for all three Runoff Rapids slides. , improved nighttime lighting for after-hours events and transport work on the chairlift. 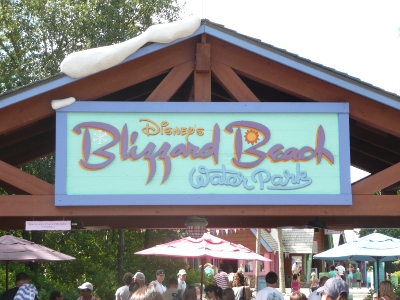 We certainly expected Disney to reopen Blizzard Beach in time for the extremely busy summer season, so this rumor comes as a shock. This rumor has not been commented on by Disney or confirmed, so we’ll be sure to update you with any news as we get it.

While Walt Disney World sees massive crowds for Spring Break and the rest of March and early April, we can’t see Disney keeping Blizzard Beach closed for all of 2022. While there must be a list of maintenance projects to do, we don’t understand how this decision will make sense for Disney or for Guests, especially as COVID-19 measures continue to taper and Walt Disney World celebrates its 50th anniversary.

Do you think Disney will keep Blizzard Beach closed for the rest of 2022? Let us know by leaving a comment below or on our Facebook page.