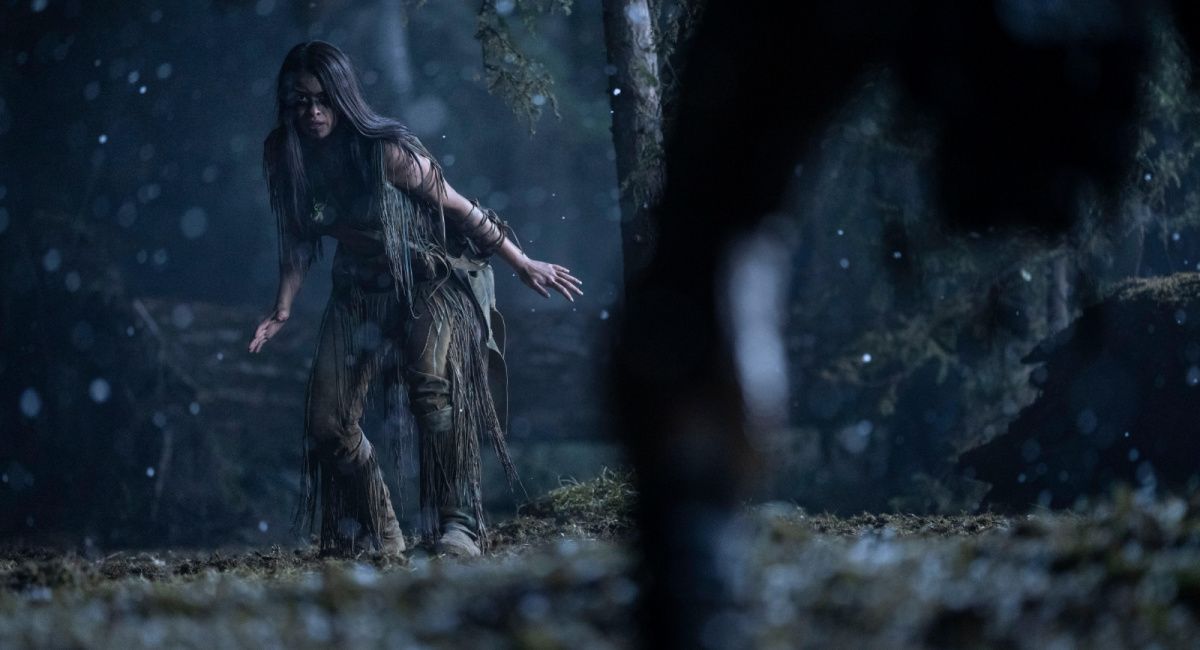 The latest movie in the ‘Predator’ franchise called ‘Prey’, which is a prequel to the original and is directed by ’10 Cloverfield Lane’s Dan Trachtenberg, premieres on Hulu on August 5th.

‘Prey’ is set in the Comanche Nation during 1719 and follows a resilient and highly skilled young warrior named Naru (Amber Midthunder) as she discovers that what is lurking is actually a highly evolved alien with a technologically advanced arsenal.

The result is a brilliant and exciting film that recaptures the magic and terror of the original film, while also featuring the performance of Amber Midthunder.

Set in 1719, the film begins by introducing us to Naru (Midthunder), a young Comanche woman trained as a healer but who dreams of being a hunter like her brother Taabe (Dakota Beavers). She soon sees an alien spaceship dropping off a hunter, but not knowing what it really is, she thinks it’s a sign from the spirits that she’s ready to prove herself as a hunter. Taabe agrees to take her with him while she hunts down a mountain lion that attacked her tribe. 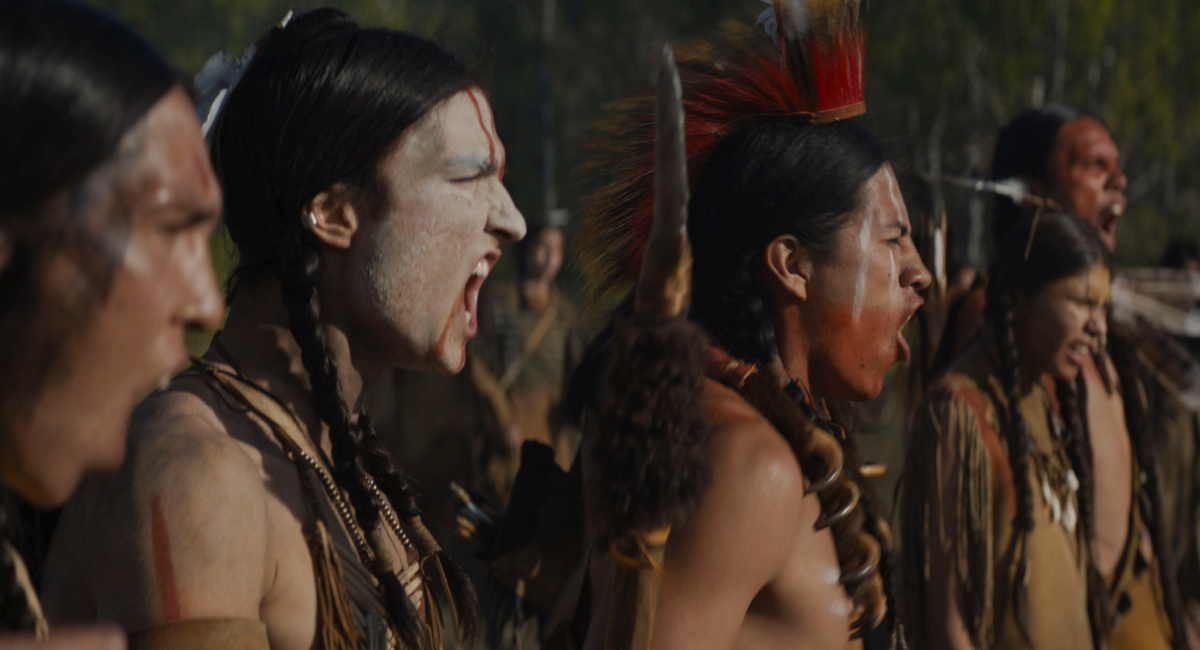 However, as they are about to catch the lion, they are attacked by an unknown assailant, eventually revealed to be an alien being with technologically advanced weapons, known to us as the audience as the Predator (Dane DiLiegro). Now, with her brother injured by her, Naru must stop the French travelers who threaten to destroy her land and defeat the alien creature to save her tribe and become the hunter she always dreamed of being.

The franchise began in 1987 with director John McTiernan’s groundbreaking film ‘Predator,’ starring Arnold Schwarzenegger. The original saw Arnold as the leader of a military platoon who, during a mission in the jungle, discovers that an alien creature is hunting them.

The later films in the series abandoned the idea of ​​one person hunting the Predator in a remote location with lesser success, with ‘Predator 2’ and the most recent ‘The Predator’ both set in urban cities with a large group of characters trying to kill the creature.

2010’s highly underrated ‘Predators’ was the closest sequel to sticking to the original formula, even though it takes place on an alien planet and not Earth. And don’t even get me started on the ‘Alien vs. Predator’ since I don’t really consider them a cannon. 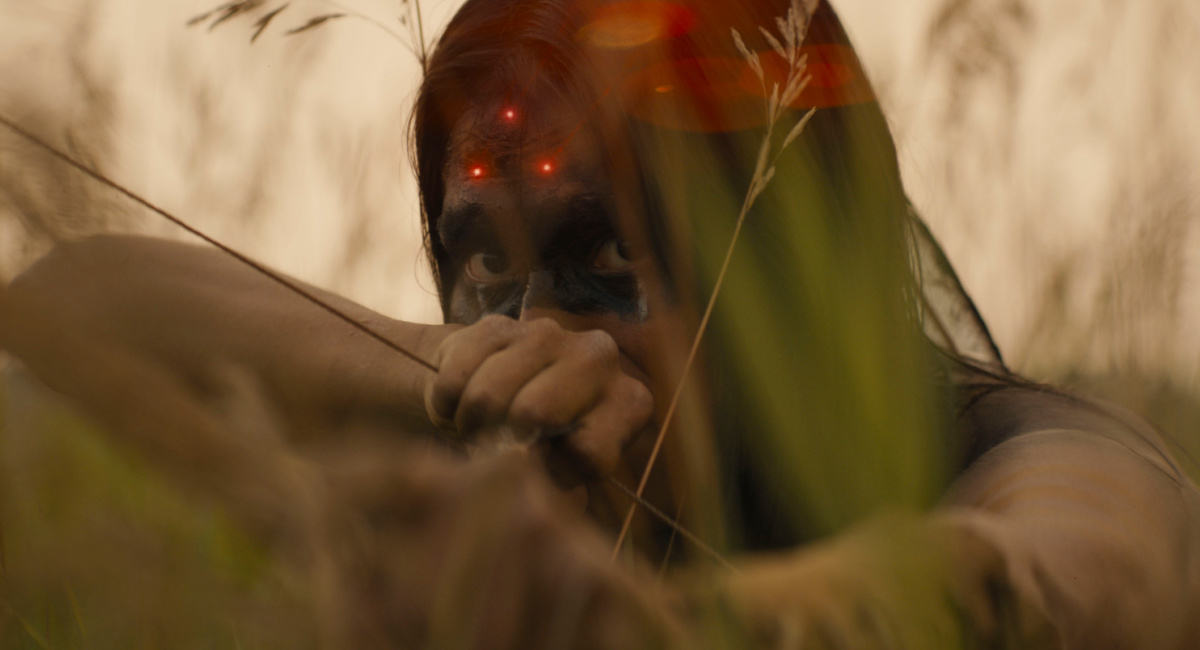 But ‘Prey’ takes the series back to its roots, creating a compelling and terrifying story about a person alone in the woods trying to survive the wrath of the Predator. Setting the movie in 1719 was a brilliant move to not only stand out from the other movies in the series, but also allows the audience to see something we haven’t seen before in the franchise, which is a low-tech Predator. even though its technology is still advanced for 1719.

’10 Cloverfield Lane’ director Dan Trachtenberg delivers some of his best work and sets a somber mood and tone for the film from the opening sequence. His choice to use the Predator sparingly was also a wise one as it adds to the terrifying tone of the film with characters fighting a creature we can’t even see.

It also allows the human characters to really be the protagonists of the film, as you can relate to them more easily than a Predator, who mistakenly became the main character in some of the sequels. ‘Predator’ movies are at their best when we as audiences can root for the human characters to take down the monster. Trying to understand the creature and relate to it has never worked in this series and Trachtenberg successfully avoids that trap.

In fact, there are times when watching this movie you forget you’re watching a ‘Predator’ movie, and that’s a good thing! It means that the other characters, setting, and situations are compelling enough on their own that you don’t need the Predator, but you always get excited when he shows up! 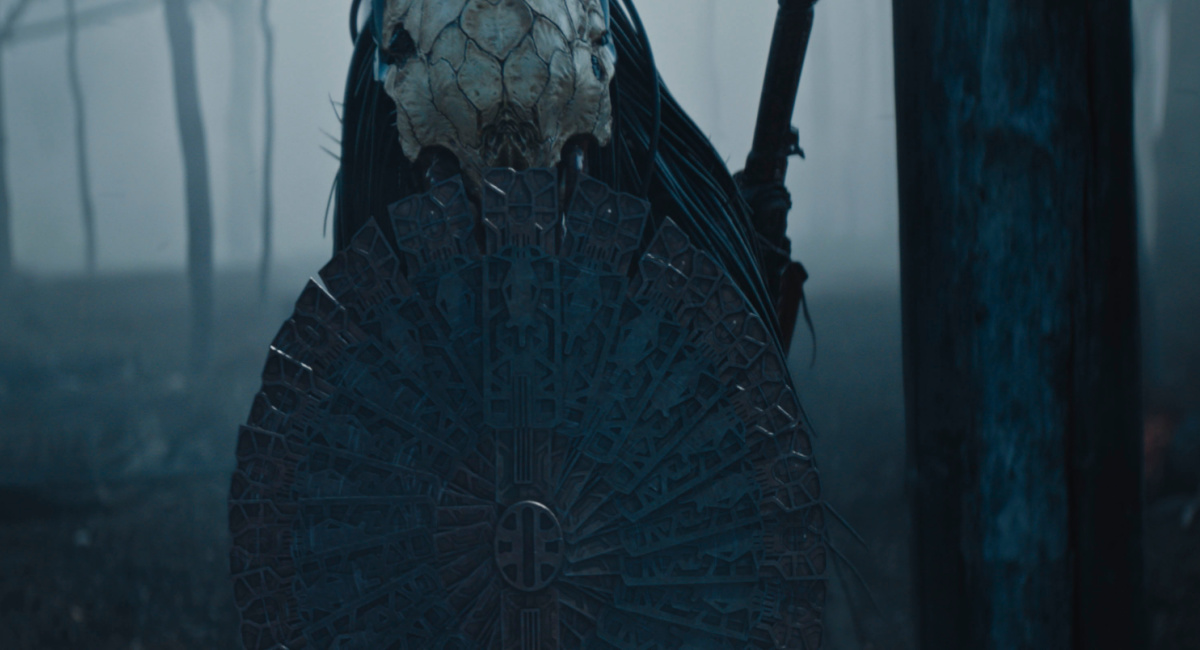 Fans of the series won’t be disappointed by the look of the Predator, which is on par with what we’ve come to expect from the character, but is made all the more interesting by the fact that it’s an older version of the creature. Trachtenberg has fun with retro Predator weapons, and actor Dane DiLiegro delivers a physically menacing performance playing the role originally intended for Jean-Claude Van Damme (Fun Fact!).

Dakota Beavers gives a solid performance as Taabe, Naru’s overprotective brother. At times the character can be annoying, because he keeps telling Naru that she can’t be the hunter he dreams of, when we all know that she is the real heroine of the movie. But the character comes full circle at the end and really supports his sister in his heroic way.

While in a somewhat limited role, Michelle Thrush is also quite good as Naru and Taabe’s mother, Aruka. Again, she’s another character who constantly tells Naru that she can’t do what we know she can, but she gives her daughter the inspiration she needs to accomplish her goals.

With this film, director Dan Trachtenberg establishes himself as one of the best active filmmakers today. While Trachtenberg’s clever direction and Patrick Aison’s clever script help make ‘Prey’ so great, it’s really Amber Midthunder’s exceptional performance as Naru that really makes this film special. She is a very talented actress who you will see much more of in the future. 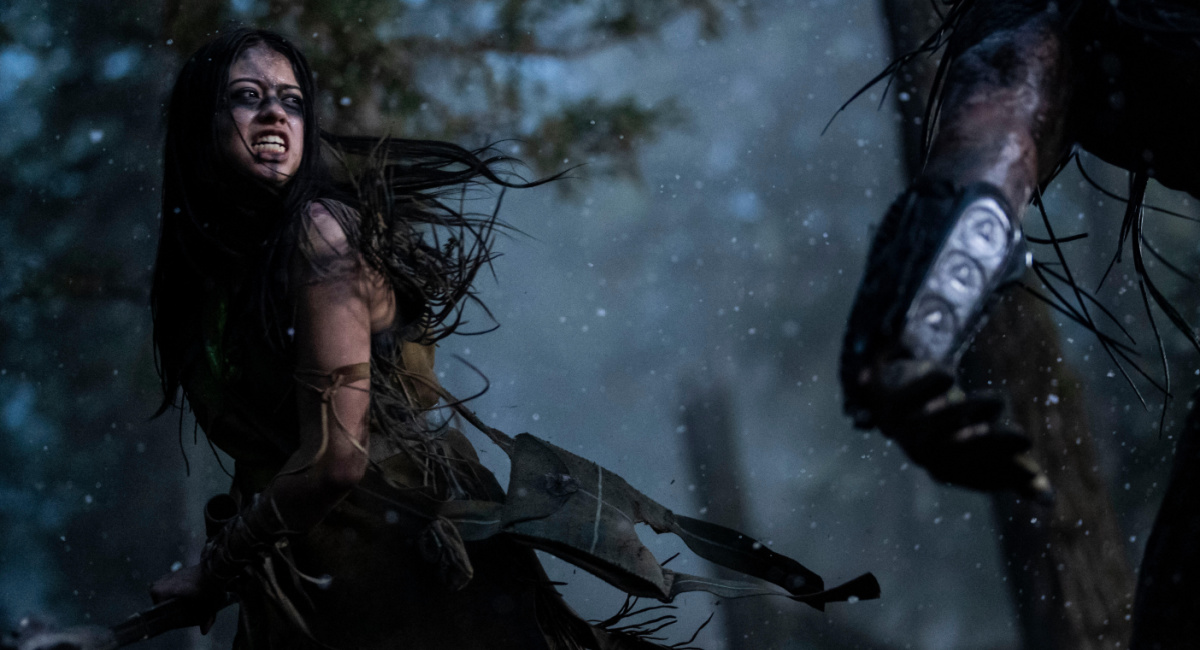 Like Arnold in the original, you need a compelling character and an exceptional actor to make a ‘Predator’ movie truly entertaining. As seen in the disappointing installments of the series, it’s not enough for a Predator to kill people. You need characters that we can admire, relate to, and support in order to defeat the creature and make it into a great movie.

Amber Midthunder gives a tremendous performance as Naru and I for one would love to see a ‘Prey’ sequel following her character after the events of this movie. Midthunder gives Naru an innocence and vulnerability that are essential to the character, while also possessing enough courage and strength to make us believe that she is capable of defeating the Predator.

In the end, ‘Prey’ is a fantastic action movie and the best movie in the series since the original. With fresh direction, a clever script, and a fantastic performance from Midthunder, ‘Prey’ is a surprisingly good movie that ‘Predator’ fans and non-fans alike will enjoy. 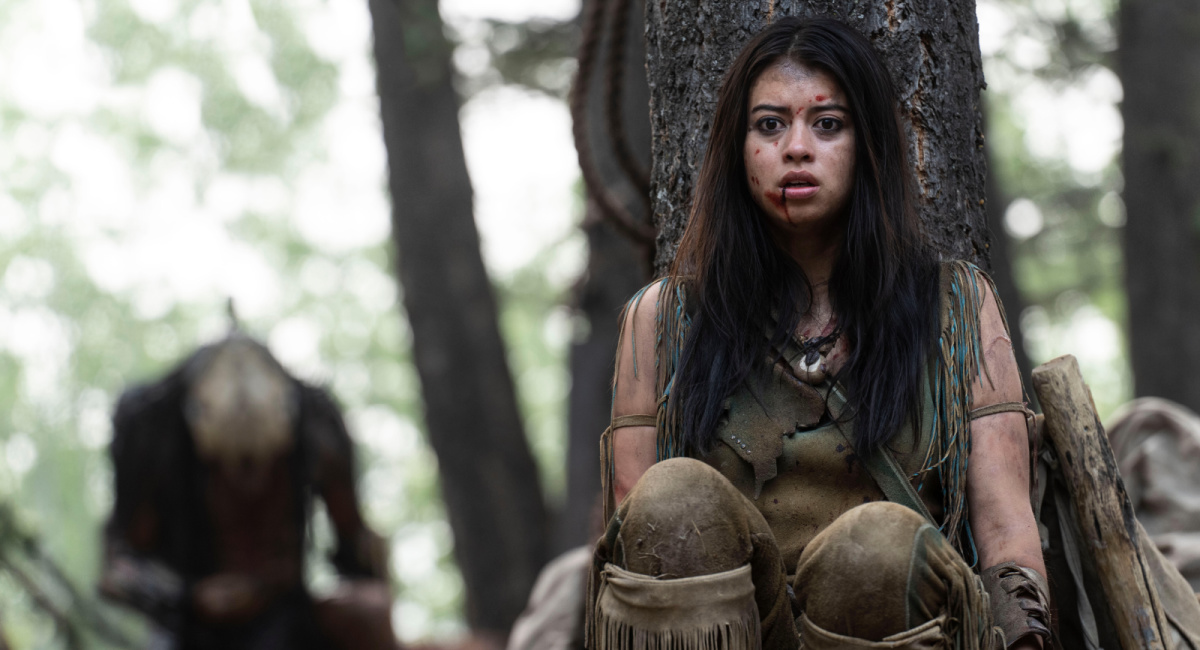 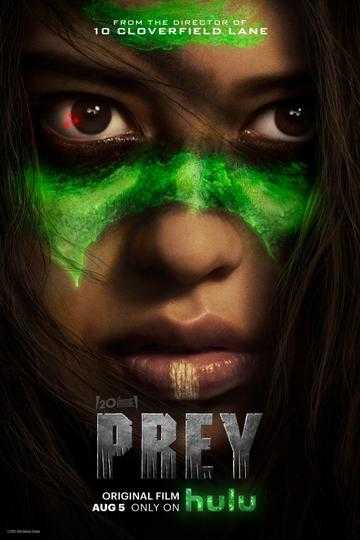 “They hunt to live. Live to hunt.”

In the Comanche Nation in 1717, a fierce and highly skilled warrior named Naru learns that the prey she is stalking is a highly evolved alien with advanced technology… Read the plot