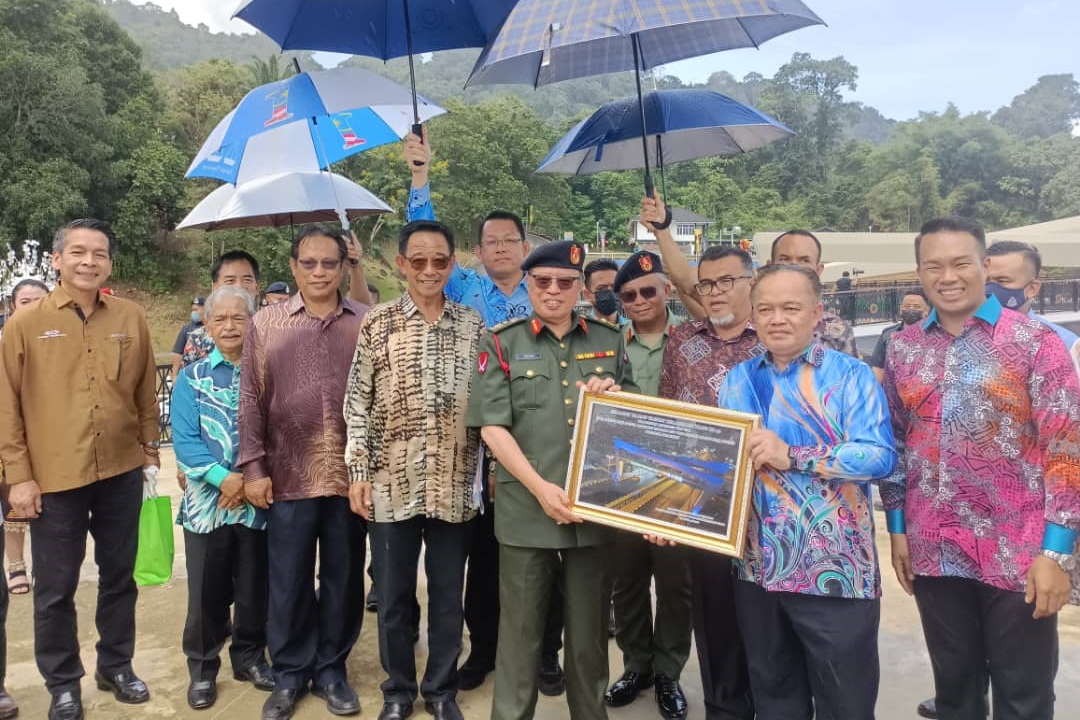 Antonio Kahti Galis, Permanent Secretary of the Ministry of Local Government and Housing, presenting a souvenir to Abang Johari as Dr. Abdul Rahman (third from left), Abdul Karim (fourth from left) and others look on.

MIRI (August 5): The museum plays a vital role in educating future generations about the state’s rich historical and cultural heritage while stimulating the growth of the state’s tourism sector and economy.

He said the museum should continue to promote this heritage in the state and abroad, and use government funds for its upgrade and maintenance.

Citing an example, he said that the former Miri Residents and District Office will be listed as a heritage site and museum for the benefit of the younger generation and visitors.

The Limbang Museum project started in 2019 and incorporates the Administrative Gallery and the Development Gallery on the socio-economic growth of Limbang, Trusan and Lawas from the Brooke era to the present day.

The architecture of the iconic Limbang Museum also includes an element on the former government quarters to refer to the birthplace of Abang Johari.

Abdul Karim Rahman Hamzah said the Limbang division has all the ingredients of an exotic destination, with Bukit Buda a fascinating nature place that will be developed into a new tourist attraction, its people and their heritage.

“Sarawak is a melting pot of food and cultures and amid diversity we have unity,” he said.

See also  Exciting! The Best Places to Hit This Fall in New Jersey

He mentioned Pesta Babulang, Pesta Irau Aco, Pesta Nukenen and Food and Cultural Fest among the many attractions that can become tourist products and attractions.

Earlier, Deputy Minister of Agriculture Modernization and Regional Development Datuk Dr. Abdul Rahman Ismail said in his speech that the Prime Minister always has a fondness for his birthplace as evidenced by his affection and contribution in Limbang.

He said the people of Limbang are honored that one of their sons has risen to the pinnacle of power as prime minister and is giving back to his birthplace through the many infrastructure and facility projects for the local community. .

“Limbang is proud and grateful for his contributions, including the Limbang Esplanade project which will be the longest and one of the finest in the state when completed with the elevated walkway later,” a- he declared.

He said it was a blessing in disguise when Brunei’s border was closed during the Covid-19 pandemic as it accelerated efforts to build the Sarawak-Sabah link road to connect Limbang and Lawas.

Meanwhile, he asked the Prime Minister to consider lowering the hill for a dual carriageway access road to the city which is sandwiched between Bukit Mas and the Limbang River.