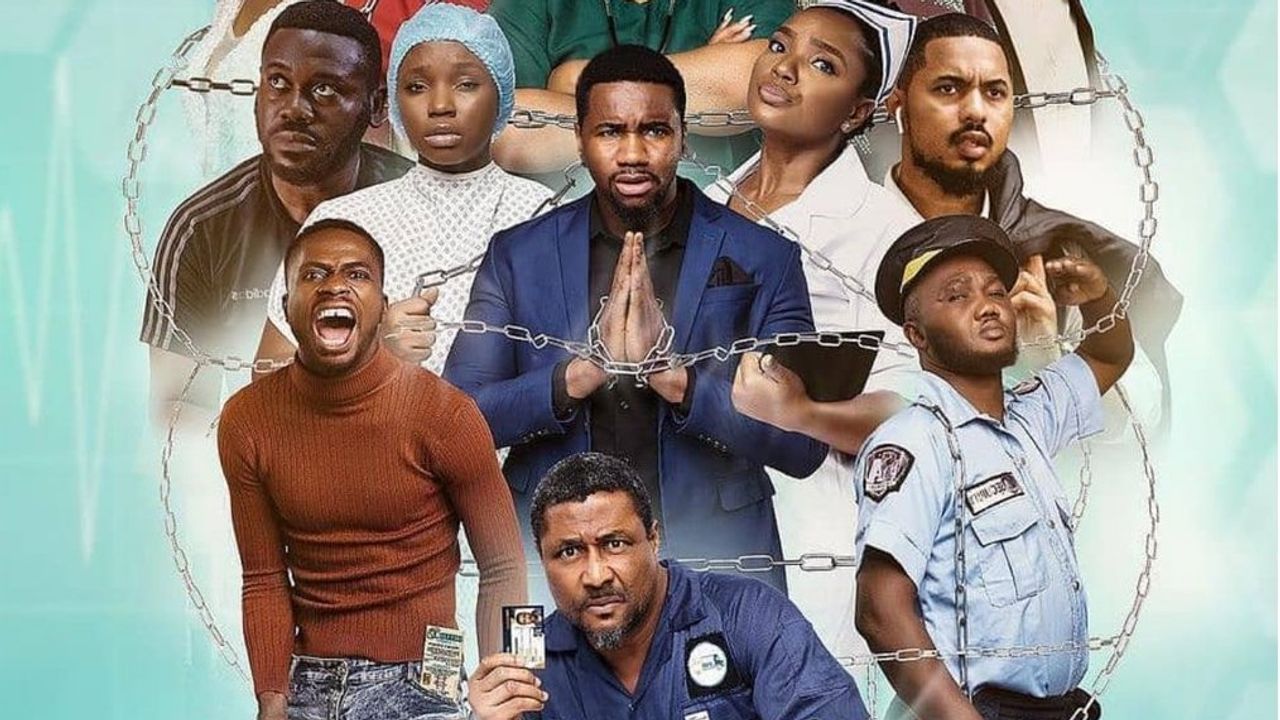 Lockdown is a story about the people of the city of Lagos who got caught up in a tragic event and quarantined for 21 days. New bonds are formed as people share their stories with others in isolation.

Mr. Omar Samir flew to Lagos for an important meeting. He did not know that he carried the deadly Holo Virus. He was coughing up blood and feeling restless. Femi, his driver, rushed him to the hospital, and then Dr. Njoku ran some tests on him. Laboratory results came back positive for the virus. Since this was a very serious matter that was endangering the lives of millions of Nigerians, he contacted the director of the NCDC (National Center for Disease Control).

Effective immediately, the entire hospital is under strict lockdown. The police are guarding the hospital and have been ordered to shoot anyone who tries to leave the hospital. This is quite a serious and sensitive moment for the country, as the lives of millions are at risk, with no treatment available for the virus.

We see that no one is allowed to enter or leave the hospital at any cost. All hospital entry points are blocked. All those who came into contact with the patient had to be isolated for 21 days as the infective period of the disease ranged from 2 to 21 days. They may be allowed to leave after completing quarantine with a negative result for the Holo virus. The people who were locked up in the hospital have things to do, they have important matters to attend to. As the doctor also says that they are unlucky people who were in the wrong place at the wrong time.

Initially, you may not be able to connect the dots as to why so many people’s lives have been shown simultaneously. Then, when they land at the same hospital and Mr. Omar arrives, it’s pretty clear what’s going on.

Sunny won a ten million naira lottery. She had to report to the head office of the company that organized the lottery within four days. If she is unable to do so, she will not be awarded the prize money. So, Sunny tries to leave the hospital but gets shot in the chest by her. We can see how desperate the people in the center were. They had their lives and people waiting for them to come back.

Being in quarantine is not easy, this is what the recent pandemic taught us, but it does not mean that, for the benefit of one, the lives of millions of people can be endangered. Lockdown is an interesting movie that will not bore you. It will familiarize the audience with the toll that illness has on people’s mental and emotional health.

In my opinion, you should watch Lockdown. It tells us what people and their loved ones go through during a pandemic. The film has been beautifully executed, and the acting was on point too. There was no unnecessary drama, and only the real stuff has been shown. People panic because their lives are in danger. With such a beautifully written plot depicting a pandemic-like situation that shook the world, it becomes interesting to watch. There have already been a lot of good movies made based on the virus attack, and Lockdown adds to that list. Panic, anger and guilt can be clearly seen. You may want to skip some parts of the movie as at some points the plot seems overdone. The duration of the film is almost two and a half hours, which could have been shortened.