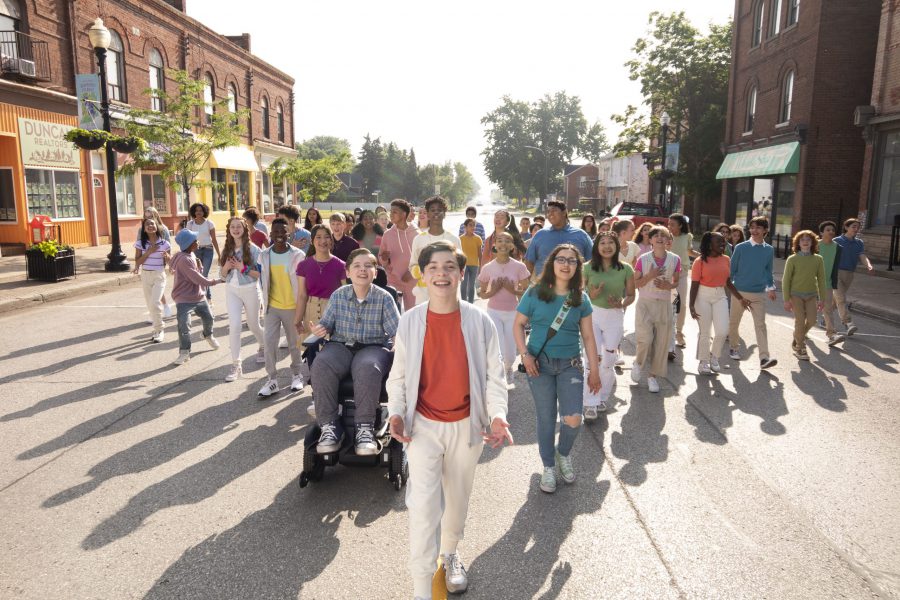 Netflix is ​​restarting 13: The Musical the theatrical production best known as launching the careers of Ariana Grande and Elizabeth Gillies.

The film, which begins airing this Friday, features new music by three-time Tony Award winner Jason Robert Brown, who was also the composer and lyricist for the Broadway production. It stars “Orange Is the New Black” actor Eli Golden as Evan Goldman, whose plans to celebrate his 13th birthday and have a bar mitzvah fall apart when his parents (Debra Messing and Peter Hermann) divorce, and he finds himself uprooted from New York City to a small town in Indiana. There, Evan tries to make new friends and throw a big party, which turns out to be more difficult than he thought.

The film also stars Josh Peck (“Drake & Josh,” Disney+’s “Turner and Hooch” remake) and Rhea Perlman, as well as a group of young actors who take the place of Grande and company. one of them is 16 years old frankie mcnelliswho plays the role of Lucy, the cheerleader for Gillies, the film’s antagonist.

The Filipino-Canadian singer, dancer and actress also sings one of the most elaborate musical numbers (“Opportunity”) in the production, which became a hit in 2008. McNellis, who previously starred in Netflix’s “Honey Girls,” was born and He grew up in Arizona, where he has been singing since he was 5 years old. Her family moved to Los Angeles when she was 11 years old to pursue a career in entertainment. She sang in the children’s acapella group AcaPops!, formed by Pentatonix, studies dance and plays guitar, drums and bass.

McNellis talked to us about being a fan of “13: The Musical” and his aspirations in music; he now he is working on new music.

“It will be great because we have our soundtrack, so when people go to see the song that I sing and they click on my name, it will connect them to everything that I have done,” he said.

RIF: Were you familiar with the musical before being cast in it?

frankie mcnellis: Yeah, I remember when I was younger, even right before the audition, I was watching the videos on YouTube because I was obsessed with Ariana Grande and Liz Gillies. They were in the original cast in 2008, so she always looked at those videos and was like, “Oh, that would be a dream to do that, like I want them to recreate ’13’ so I could be in it.” And then, they made it into a movie.

I take it you sang your own parts without doubling? Maybe some of the other actors had overdubs.

frankie mcnellis: No overdubs for me; It was just me singing. You pre-recorded in the studio, and then I also sang live when we were shooting it.

Jason Robert Brown did the music for both the musical and the film. Did he work closely with the cast? 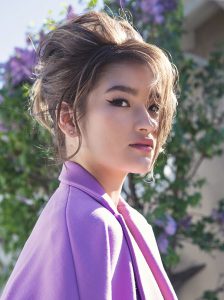 frankie mcnellis: It was great because he wrote new music for the movie. He brought me music, and it was great to work with him because he was changing keys, tempo and words specifically for us. He was really working with us and really helping us get into character and really connecting with the lyrics, which is really cool. Also, he played piano for us live.

How was the rehearsal of the singing parts of this project with the rehearsal of everything else? Was it mostly one thing or the other? Did you have days when you disconnected? Was there something more difficult than another?

Did you get any advice on how to play Lucy?

Director [Tamra Davis] and the writers, they were all giving me keywords. They said, “Just remember, Lucy is determined. She is not a bad girl; she just she is determined to get what she wants.” I had to keep that in the back of my mind.

What was it like playing the antagonist in the film?

frankie mcnellis: Oh, it’s really cool. I haven’t done anything like this yet, so it was really fun to play that part. It’s funny because I’m mean to everyone, but in real life, they’re my best friends, so between shots we all laugh and they’re like, “Oh my God; You’re so mean,” and I’m like, “Well, I’m not serious.”

You play various instruments; when did you have time to learn that, apart from the dance you do?

frankie mcnellis: My schedule is pretty crazy, but I have my instruments at home, and I have my piano and guitar in my bedroom, so when I’m home doing nothing, I’m not really doing anything; I play or sing, and when my dad finishes work, we play together before we go dancing in the afternoon or at night. Sometimes after the dance we come home late at night and play from midnight to 3am

What do you enjoy most as an actress at your age?

frankie mcnellis: That is hard. It’s my passion. It’s all I love to do. I just enjoy being in front of the camera and working with people my age. It’s fun. It’s not like, “I hate going to work.” I’m always like, “Oh my God, let me go, let me go. I want to be on set right now,” because it’s so much fun for me. I’m lovin ‘it.

frankie mcnellis: Working with Debra and Rhea and Peter, and all of them, when we were shooting the scene, “A Little More Homework” for the song, was really cool because they were standing behind the camera looking at us, and they all started crying while we were singing. I was like, “Oh my God. This is great.” It’s a really beautiful song, and Jason Robert Brown did an amazing job.