This season’s box office takings were largely driven by the sci-fi movie “Moon Man,” which has amassed more than 2 billion yuan since its release on July 29, according to Beacon. The film is adapted from the comic book series by South Korean illustrator Cho Seok and tells the story of a spaceship maintenance worker named Dugu Yue after he is inadvertently dropped on the moon. 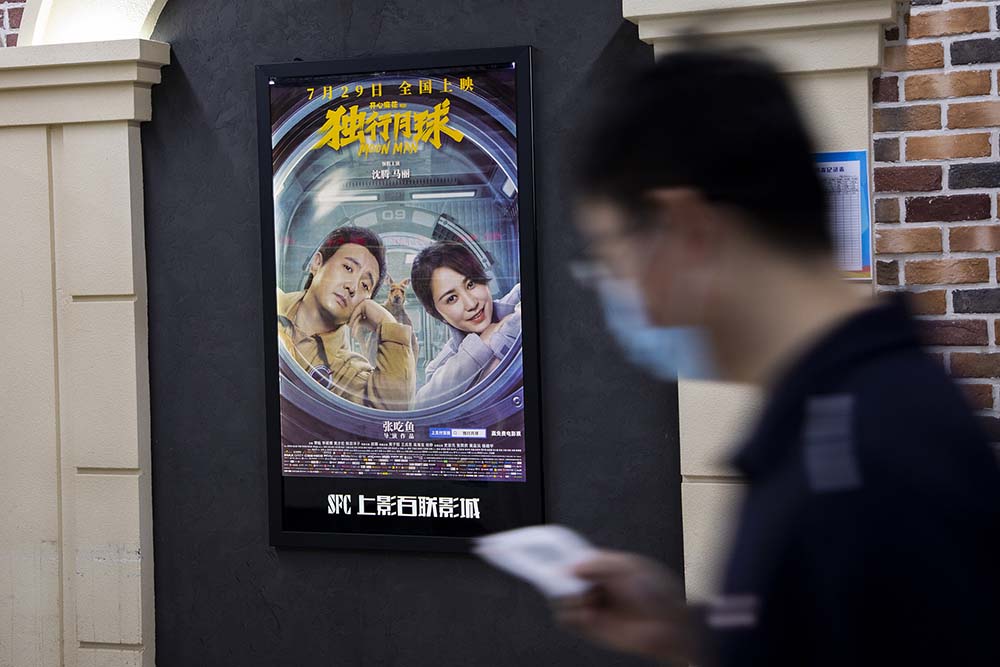 A man walks past a promotional poster for “Moon Man” in Shanghai on August 6, 2022. VCG

Although China overtook North America as the world’s largest film market in 2020, the latest COVID control measures have posed a threat to it retaining the title. As of July 30, only about 85% of the country’s movie theaters were in operation, according to film data platform Maoyan, with operations in big cities like Shanghai hampered by closures earlier this year.

The country’s film industry is now pinning its hopes on summer releases like “Moon Man” to make up for the losses. Total ticket sales for the movie starring popular actors Shen Teng and Ma Li are expected to range from 3.8 billion to 5.5 billion yuan, according to Beacon.

China’s sci-fi movies have been trying to find success in the domestic market, with “The Wandering Earth” and “Crazy Alien” emerging as hits in 2019. Space fever has been further embraced by the government accelerating its missions. exploration in outer space during the last years.

However, not all science fiction movies have managed to appease audiences. In 2019, the director of “Shanghai Fortress” apologized for not living up to the expectations of fans who had hyped the film as the next blockbuster before its release.

However, moviegoers had mixed reactions to “Moon Man,” which scored 6.8 out of 10 on review site Douban at the time of publication. While some people said they liked the human emotions and egotistical nature of the protagonist, others argued that the film felt like “a hodgepodge of previous sci-fi films”.

Other top-tier movies during the holiday season include the Chinese drama “Light Up the Stars” and the Hollywood thriller “Jurassic World Dominion.” The two films grossed 1.7 million yuan and 1.1 billion yuan, respectively, as of Monday afternoon.

“The surge in movie releases on top of additional demand from moviegoers is expected to further revive the movie industry in the third quarter,” Song Yuxiang, chief media analyst at Northeast Securities, told domestic media.

(Header image: Moviegoers scan the “location code” at the entrance of a movie theater in Shanghai, July 8, 2022. VCG)