“Wackeeeeen!” – finally, this favorite battle cry resounds again on the “holy land”. Fans enter, park motorhomes and set up tents on the festival grounds while organizers put the finishing touches to the stage and technical equipment. They have been waiting for this moment for two years.

Tens of thousands of metalheads are gearing up for a fun festival, flocking to the tiny village in the northern German state of Schleswig-Holstein from as far afield as Australia, Mexico, Japan, Israel, Chile, Hawaii, Texas, South Africa and New Zealand. Zeeland. 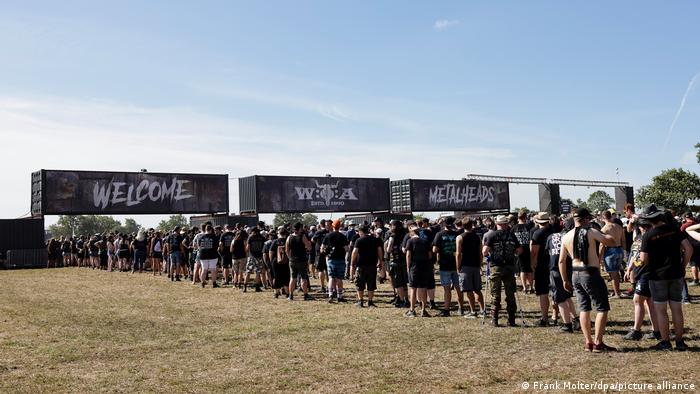 Metalheads from around the world flock to the popular festival

The queues began to form on Monday, but that did not affect people’s good mood. After all, they had plenty of beer and great music.

Meanwhile, Wacken Open Air, or W:O:A for short, attracts not only metal fans from all over the world, but also curious tourists. The village of Wacken, which has just 2,000 inhabitants, is transformed once a year by the festival, which is now 32 years old, into a place that takes on almost urban proportions.

Up to 85,000 people crowd the village during Wacken week; in addition to fans and villagers, there are also thousands of employees, media representatives, musicians and their teams.

The fields and cow pastures surrounding the village are transformed into a gigantic tent city with a narrow infrastructure. Fans refer to the 240-hectare area as “Holy Ground” or “Holy Field”. 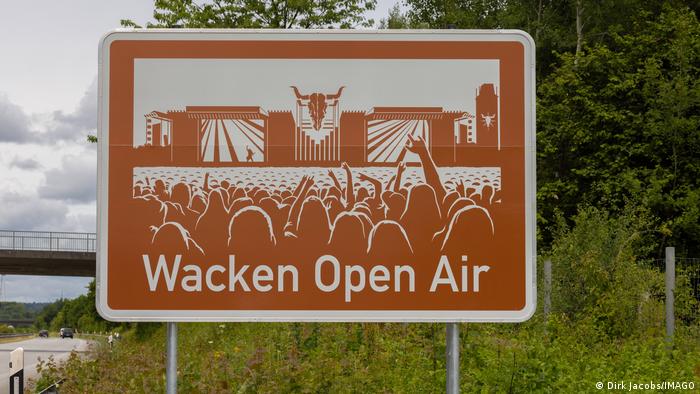 A sign along the A23 motorway also indicates the festival

In fact, a sign listing the land as a tourist attraction has recently been put up on the nearby A23 motorway. Usually these signs point to castles, museums, nature reserves and even UNESCO World Heritage sites. This sign, on the other hand, shows the main stages with the bull’s head, with the audience silhouetted against it and displaying the sign of the horns hand gesture that Wacken fans use to greet each other and salute bands.

This year’s lineup features around 200 bands, from newcomers to old Wacken favorites. The headliners are Slipknot, who will be there for the first time, Powerwolf and Judas Priest. Rammstein singer Till Lindemann with a solo program and Limp Bizkit were also originally scheduled, but both were cancelled.

Fans weren’t disappointed for long as the lineup is just too impressive: Arch Enemy, Feuerschwanz, Gloryhammer, Therapy?, Hämatom, Life of Agony and Finland’s Lordi, who won the Eurovision Song Contest in 2006. Left-wing punk band Slime are also at Wacken 2022, and for the first time, German rapper Alligatoah. 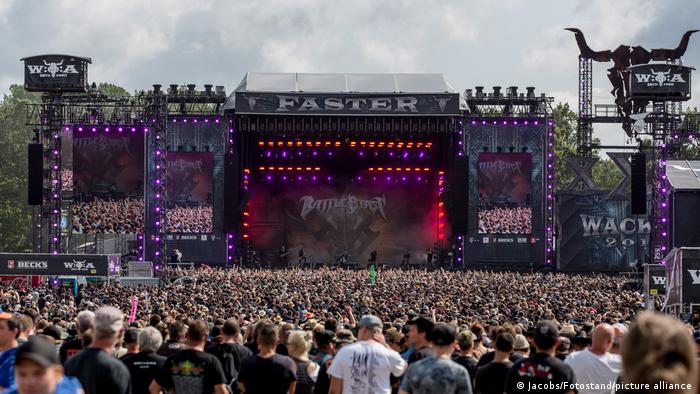 The metal community was angered to learn that “Die Höhner”, a popular carnival band from Cologne, will also perform at the festival. Critics said it made the festival feel like an amusement park.

In fact, the Wacken schedule has often included bands you wouldn’t necessarily expect – the very first Wacken Open Air in 1990 saw a pop singer named Michy Reincke, and in 2013 Rammstein had folk singer Heino les join on stage; in 2019, comedian Otto Waalkes performed at Wacken, and Torfrock, a band from Hamburg, is a regular fixture. Mambo Kurt, who plays rock and metal classics on an electronic organ, is another cult staple, while the local fire band, the Wacken Firefighters, traditionally open each W:O:A festival. The Wacken Firefighters Orchestra opens the festival every year

The idea of ​​inviting a carnival band from Cologne to a heavy metal festival apparently originated while Wacken co-founder Holger Hübner and Höhner frontman Henning Krautmacher were having a few drinks. It’s certainly a fabulous parting gift for Krautmacher, who is retiring this year after 36 years with the Cologne band.

Most visitors to Wacken don’t care anyway, according to many comments on social media, if you don’t like it, you don’t have to go. In truth, metalheads who find themselves in front of the stage where fun music is playing tend to be fun too, celebrating and singing along before heading to the big stages that feature metal music.

For many Wacken fans, the festival begins once they’ve set up camp. The beer cans open, the music turns up and people settle in for the next few days. Besides individual tents and trailers, some groups are setting up entire camps, complete with seats, refrigerated trucks and even their own port-a-potties. Metalheads party in front of stages and on campsites, turning night into day, and no one cares about the occasional earplug either. 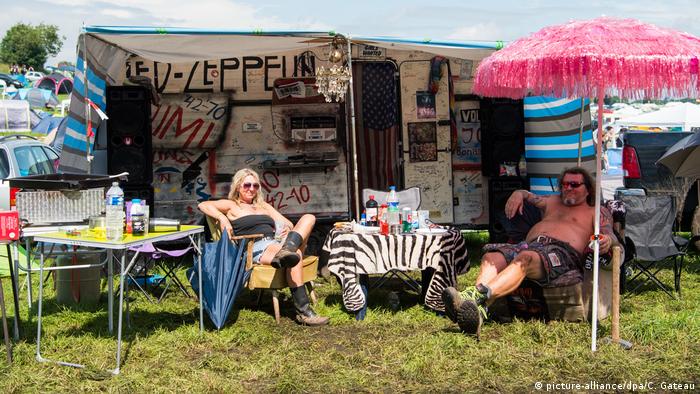 Every year at the end of the festival, the party camping areas pose a problem when fans leave behind tents, broken pavilions and chairs, fridges, old sofas and European pallets, in short really bulky trash. Disposal of this waste costs a lot of time and money.

The organizers of Wacken have therefore come up with a plan: people who leave a clean campsite on the day of departure are invited to take a photo and post it on Instagram under the hashtag #greenwacken.

This article was originally written in German.